Blasphemer is an open source game made on the Doom engine, clone of the fantasy FPS Heretic. I came up with an idea for a script for in-game text cutscenes, and bestiary descriptions in the manual. Just like Heretic, the game consists of four episodes, with a text cutscene after each one, last one being the ending.

This is inspired by original story blurb that was contributed before me, for reference reasons found at the end of the document (I DO NOT claim any credits to that.)

This script was rejected for tone reasons, so I can share it here.

END_OF_DOCUMENT_TOKEN_TO_BE_REPLACED

Case woke from a dream of airports, of Molly’s dark leathers moving ahead of him through the concourses of Narita, Schipol, Orly … Opening his eyes, he saw Molly, naked and just out of reach across an expanse of very new pink temper foam. Overhead, sunlight filtered through the soot-stained grid of a skylight. One half-meter square of glass had been replaced with chip-board, a fat gray cable emerging there to dangle within a few centimeters of the floor. He lay on his side and watched her breathe, her breasts, the sweep of a flank defined with the functional elegance of a war plane’s fuselage. Her body was spare, neat, the muscles like a dancer’s.

“Hey, Molly.” He asked her. No response.

“Molly, you there? Earth to razorgirl!”

Case watched her closely. Judging by breathing pattern, she seemed awake, at least as far as one could tell without seeing her eyes, hidden behind the mirrored surface of her implanted lenses. Looking closely, one would notice her facial muscles strainging a slight bit around, here and there, as if she was rapidly shifting her eyes, watching something invisible. Was she dreaming after all? Or perhaps using the computer implanted in her brain, watching the display on her optic nerves – but what she was doing and why, one could only guess.

They sat there in silence for some time.

– she yelled, rapidly sitting up. Case just lied there, peftrified.

“Genuine dicksucker! Yeah, sure, put five fucking shotgunners right behind the goddamn door, sure! Why not twenty?! You miserable little piece of –” At this point she was standing up, tearing at the pillow apart with her finger razors in a blind rage, rain of synthetic feathers dropping down on both of them like an early snowfall. She stopped as soon as she noticed Case staring at her in shock. “– uhhh, sorry, Case, you were saying something? I wasn’t paying attention.”

(Note: first paragraph is taken from Neuromancer by William Gibson. Rest is mine.)

We based dragons off dinosaurs – their bones, presumed looks, and so on.What if the same what happened to dinos – happened to dragons in a fantasy world?

“Dragons weren’t actually covered in scale despite the common folk beliefs, according to recent finds it appears that most were covered in lush, multicolored feathers. Which also suggests that common idea of dragons famed firebreath is suspect, as a dragon wouldn’t want to set their feathers on fire – this discovery suggests that dragons of old more likely breathed steam or magical lightning, which wouldn’t ruin feathers – in fact, static electricity of the lightning would make it puffier, making them look bigger and more intimidating, explaining disparity in supposed size between bones we have found, and the way dragons described in legends – defeating the hypothesis that we have simply never found adult remains yet.”

People making Harpr posts saying “Mageobiology ruined dragons, rp if you agree”. Entire movie franchises based around dragons in uproar, filmmakers and fans taking sides. People making art of  ‘shrink wrapped’ joke versions of modern magical beasts – “While long on all fours, majestic scaled OWLBEAR was quick on its feet, and only the lightest and fastest herbivores like the MINOTAUR or TARRASQUE could escape it’s aerodynamic, lithe body”.

Trick for level design in Doom. I haven’t seen anyone mention how to do that, so I might as well show it myself.

So first, obvious part out of the way – in Doom, to make an ceiling be ‘transparent’ and look out to the sky, you need to assign it texture F_SKY1. In game, this ceiling will then display whatever sky texture is appropriate (NOT the actual F_SKY1 texture, that’s just a placeholder) – that can be changed using MAPINFO lump inside your WAD file, but since you can find how to do that elsewhere, I won’t go into details here.

Now, to the fun part: how to create areas that overlook the outside skies, allowing to create realistic-looking outdoors areas.

First, you need to create two sectors – ‘main’ sectors that will be the playable outdoors area; and a small ‘dummy’ sector that will be unplayable and hug the real main area. It can be very small, but it needs to be a sector – so it needs at least 1 unit of width. END_OF_DOCUMENT_TOKEN_TO_BE_REPLACED

Script sample for a creator-owned superhero, Mothman – kind of like a generational legacy Batman, whose legacy stretches to 19th century London and original Spring-Heeled Jack. Unlike Batman, he’d deal less with insane villains and street crime, and more with horror-themed threats, like Cthulhu Mythos, urban legends and cryptids.

An indie comic publisher asked for a two-page script sample, which I reproduce here.

Three panels – one huge, two small ones at the bottom.
Panel 1:
Establishing shot, large panel, as wide as the page, takes up most of the page . We’re deep underwater, showing outside of an autonomous probe, extending on a long cable sitting from its back. The probe should look something like:

simple, utilitarian design, a mini-sub with a camera.
There are no fish around, nor any sun shining through – we’re real deep, it’s dark as night in there, darkness defeated only by bright beams of light from the probe. However, we can see the ocean floor – it’s sandy, gray and barren of any life. Maybe throw in a single anglerfish to quickly sell that it’s the deep sea.

LOCATION CAPTION:
10 days ago, South Pacific. Coordinates: 48°52.S 123°23W – the “Nemo Point”.
CAPTION:
Captain Hawkins, the probe is nearing the supposed source of The Bloop*
FOOTNOTE (can be at the bottom of the page):
*Bloop – an ultra-low extremely loud unexplained underwater sound registered in 1997. Official story first claimed it was an animal sound, this was later changed to, supposedly, an ice quake.

END_OF_DOCUMENT_TOKEN_TO_BE_REPLACED

A simple, around-20 pages, ready-to-play tabletop detective-themed RPG system, based on GUMSHOE SRD.

Created for the itch.io “Breaking News!” Jam, the goal was to make a full tabletop RPG in a week. I came 4 days in, but still succeeded at creating a fully fledged playable system in 3 days, which makes me happy.

Ironically, that is also my first game design project that I finished AND published to the world.

The game is about players as journalists investigating events related to supernatural occurences… that they can’t write about, so they need to find something “realistic” happening that a self-respecting publication will publish. 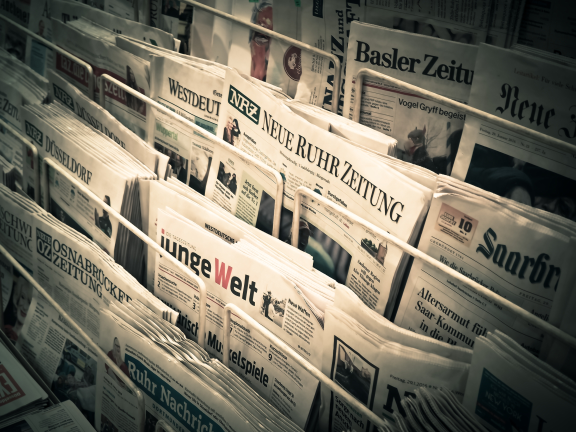 Snippet of a design document for “Jacked”, a cyberpunk jRPG I briefly worked on in 2015, but had to stop due to both computer trouble, and deterioration of my mental health.

This chapter describes the general concept for the combat system – an attempt at turning how hacking works in real life, into something that still works as a typical jRPG turn-based battle, specifically in context of using it in modded RPG Maker.

Mind you, I’m not an expert on hacking, and was even less knowledgeable about that in 2015. The primary goal was to create a typical turn-based battle system that doesn’t break suspension of disbelief rather than a realistic hacking simulator.

Okay, so both you and enemies have “encryption strength” [ES] that is referring to different things: for attacker, strength of your encrypted connection, and for defender, strength of their encrypted root password. That value replaces HP. At maximum, it’s 100 (as in 100%) for everyone.

END_OF_DOCUMENT_TOKEN_TO_BE_REPLACED

Brighton City is a detective adventure browser game, free on Newgrounds. It’s not a terrible game, but puzzle design is really obtuse, and feels like something from the 1980s. I thought we all agreed that ‘click on everything’ is bad design, guise.
Obviously, the game is going to be WAY more enjoyable with a walkthrough when you get stuck.
https://www.newgrounds.com/portal/view/720622
First up – if you’re looking at this walkthrough because you’re stuck in a place where you can only click on a washing machine and then a rag… there is a hidden area above the door AFTER you get the rag.
It seems a lot of people have a problem with that.

END_OF_DOCUMENT_TOKEN_TO_BE_REPLACED

So this require a bit of backstory. Back in April 2013, just after joining tumblr, I briefly joined a blog that did feminist analysis of “female” and “male” interest magazines, and how they reinforced stereotypical thinking, called “Sexism Sells”.
This is an unfinished draft on my post for said blog, commenting on Polish edition of Men’s Health. 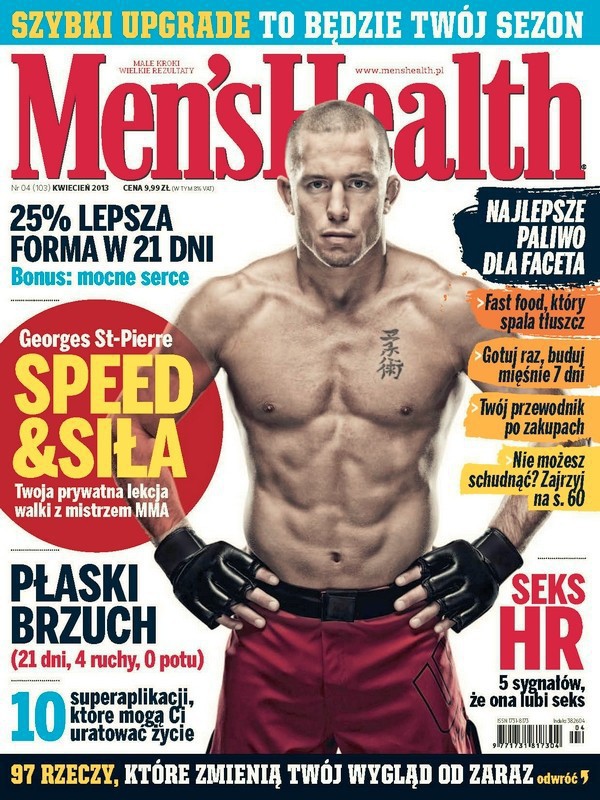 Cover pictures Georges St-Pierre, which – considered this month’s issue features his workout tips – kinda makes sense. You’d think that someone like UFC Welterweight MMA champion since 2008 wouldn’t need to be “corrected” in Photoshop in any way, right?
… Haha, good one. Of course he does.

END_OF_DOCUMENT_TOKEN_TO_BE_REPLACED

Response to a prompt: “[WP] In a world of incredible heroes and villains, you have the most dangerous power of all: forcing actual, real world logic and physics to take place”.

This prompt reminded me of annoying comicbook fans who constantly complain about everything they find ‘unrealistic’, from “incorrect” science in a silly pulp science-fantasy adventure comics, to female characters existing. So I wrote this.

Kunoichi is obviously a Batman analogue, in case that’s not clear.

EDIT IN 27.05.2022 – You know what, I kind of hate this story now. It’s kind of bad? Like it’s just a mean-spirited jab at comic dudebros because I was feeling self-righteous. I mean, you can definitely tell I wrote this while I was obsessed with reddit, since reddit brain is in full effect.

I promise I got way better since then lmfao

Read at your own risk.

END_OF_DOCUMENT_TOKEN_TO_BE_REPLACED

Writings of a freak
Blog at WordPress.com.
Loading Comments...